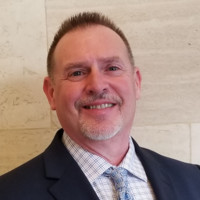 Rocky Weber is the President and General Counsel of the Nebraska Cooperative Council.  In this capacity Rocky conducts government affairs on a state and federal level, government relations with the Nebraska Legislature and Nebraska’s Congressional Delegation, regulatory oversight, and supervision of cooperative education programs in support of Nebraska’s farmer owned cooperatives.

Before assuming his present role in January of 2016, Rocky was the managing partner of the Crosby Guenzel LLP law firm in Lincoln Nebraska from 1996 through 2015, having joined the Firm in 1987. His primary areas of practice were Agricultural Cooperatives, Agribusiness, Grain Contracting, Corporate Governance, Capitalization and Equity Management, Grain Warehousing, Marketing and Hedging, Value Added Entities and Non-Profit Corporations.

Rocky developed and taught an inaugural course in the Role of Cooperatives in Agriculture during the fall semesters of the 2014-2015 and 2015-2016 academic years at the College of Agricultural Economics at the University of Nebraska and returned to that teaching role in an expanded Cooperatives class at UNL in the fall of 2020.

Rocky is a member of the Nebraska State Bar Association and admitted to practice in the Nebraska state and federal courts. He is a member of the Legal Tax and Accounting Committee of the National Council of Farmer Cooperatives and has been elected to and currently serves on the Council of the National Council of Farmer Cooperatives. In January 1, 2017, he was elected to membership in the Ag Builders of Nebraska which is comprised of Nebraska agricultural leaders and agribusiness leaders who work to support and promote the programs of the Institute of Agriculture and Natural Resources (IANR) at the University of Nebraska. In November 2017 Rocky received the Nebraska Agribusiness Club Public Service to Agriculture Award.