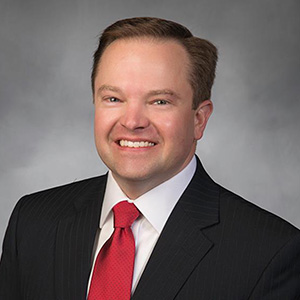 Tom is the Director of Talent Management at GROWMARK, Inc. He started his professional life as an airline pilot in the US Airways system in 2000. Seeking a balance between his business and aviation interests, he began his GROWMARK career in 2004 as a Corporate Pilot. Tom assumed his first GROWMARK leadership role in June, 2009, as the Director of Flight Operations. After serving in various leadership positions within GROWMARK Human Resources, Tom was named the Director of Talent Management in May of 2017. Areas of responsibility include Talent Acquisition, Training and Development, and oversight of retail HR operations. In addition to these duties, Tom is responsible for managing the corporate Business Continuity Plan, conducting corporate employee engagement surveys, and managing a financial wellness program for GROWMARK employees.

Tom is a life-long learner, and has had the opportunity to share what he has learned by guest lecturing at Heartland Community College and Illinois State University on the subjects of critical thinking, leadership, and engagement. He has also shared his thoughts on recruiting and retaining top talent on the Mark Strauss show on WJBC, and employee engagement with other groups including the McLean County Chamber of Commerce. He has a bachelor’s degree in Business Administration from Illinois State University, with a minor in Economics. Tom completed his Masters of Business Administration in 2012.

He has had the pleasure of serving on the local Red Cross Board since 2013, and was named Board Chair in 2017. Tom was elected to the IAA Credit Union board in 2018, serving on the Asset Liability Management and Personnel committees.

Tom, his wife Lori, and their three children reside in Normal, Illinois. Tom enjoys watching his children compete in swim and soccer, and he coaches his son’s baseball team during the summer.