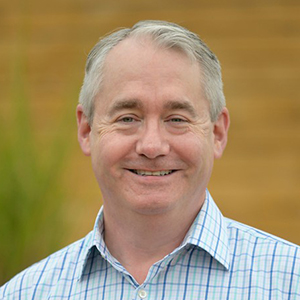 Paul Snyder is Executive Vice President at the Tillamook County Creamery Corporation. A member of the Executive Team and reporting to the CEO, he leads several functions including corporate responsibility, sustainability, community engagement, corporate communications, government affairs, farm services, and co-op member relations. He works with a talented team to bring together these critical areas through the development, management and execution of comprehensive member relations, external relations and outreach, philanthropy and social responsibility strategies. He joined Tillamook in June of 2019.

Paul joined IHG in 2003 and held various leadership roles in Development, Operations, Marketing and Brand Management. Prior to joining IHG, Paul worked at Marriott International in the company’s Brand Management, Development and IT departments. He started his career in the hospitality industry with Winegardner & Hammons, Inc. as a line level employee at a Holiday Inn hotel and was promoted into managerial positions in both the Food & Beverage and Rooms departments.

A committed community leader, Paul served on the Boards of the Georgia Center for Non-Profits, the Atlanta Symphony Orchestra, the Atlanta Opera and the Metro Atlanta Chapter of the American Red Cross. He led the American Red Cross chapter’s Mission and Community Outreach Committee and was a member of the Executive Committee. At the Atlanta Symphony, he was a long-standing member of the Audience Development Committee and has served on the Executive Committee leading its Strategic Planning work. At the Georgia Center for Non-Profits, Paul led one of the most successful Corporate Sustainers Campaigns and currently leads the Nominating Committee. He also led the Marketing efforts of the Atlanta chapter of Conscious Capitalism.

Paul earned a Bachelor of Arts in English Literature at Lawrence University and an MBA at Cornell University’s Johnson Graduate School of Management. He and his wife, Amy, live in Portland with their two daughters, Abigail and Madeline.