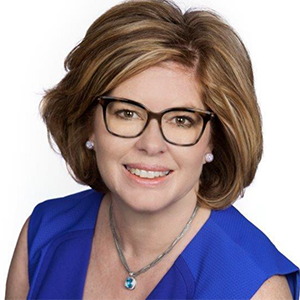 Carol joined GROWMARK as Vice President, Energy and Logistics on September 1, 2019. She and her team are responsible for the supply and marketing of refined fuels, propane, and lubricants to GROWMARK’s FS member cooperatives and unbranded commercial accounts, as well as the transportation of bulk products to the network.

Following a short employment with Arthur Andersen & Co. in Chicago, Carol embarked on her GROWMARK career in 1992 as an internal auditor, and was later named accounting supervisor in Ontario, Canada. In 1999, she accepted a position with Land O’Lakes Inc., and went on to hold roles of increasing responsibility within Land O’Lakes Purina Feed and Corporate Strategy. During the last four years of her tenure, she served as senior vice president and general manager, Global Dairy Ingredients. In April 2015, United Farmers of Alberta, a farmer-owned cooperative with a 110-year history based in Calgary, Alberta, hired Carol as their president and CEO, a position she held until rejoining GROWMARK in 2019.

Carol has been recognized as a leader for diversity in agribusiness and is on the advisory board for the Women in Agribusiness Summit.

Carol, her husband Jim, and their son Jack reside in the Bloomington, Illinois area.