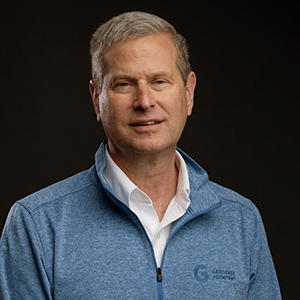 Dennis Gardiner joined the firm in 1984, was promoted to partner in 2003 and made managing partner in January 2011. However, he truly grew up surrounded by the business. Like most kids, he did not really know what he wanted to do after graduating from high school in Waukee, Iowa. Dennis worked retail throughout school and into his college years at Drake University. He enjoyed working retail and thought it might make a good career until his then manager directed him to put his head down and focus on accounting. He grew up always interested in his father’s (Dan Gardiner) career. Dennis worked for the firm while finishing his college degree and then joined the firm shortly after graduating. When Dan Gardiner stepped down due to health issues in January 2011, Dennis took over and became managing partner. He is very proud to follow in his father’s footsteps and help continue to grow the firm Dan started.