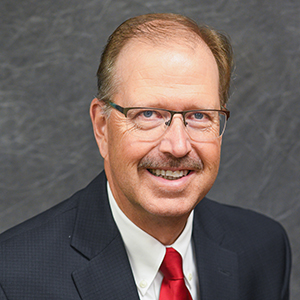 Carl Dickinson is the President/CEO of Central Valley Ag. He has served in management cooperative positions for over 25 years, beginning at Battle Creek Farmers Co-op. In 2009, Carl was named CEO of United Farmers Co-op in York, Neb. which unified with Central Valley Ag in 2014. Further unifications with FCC in Hinton, Iowa and Farmway Co-op in Beloit, Kan. followed. And more recently with acquiring Laurel, Neb. and unifying with Henderson Cooperative in Henderson, Neb. and Farmers & Ranchers in Ainsworth Neb.

In addition to serving as President/CEO of CVA, Carl also serves on the Land O’ Lakes Board of Directors and the Nebraska Cooperative Managers Association.

Carl grew up in Marquette, Neb. on a hog farm. He and his wife Dawn have two grown daughters, Cassie and Alexandra. His hobbies include spending time with his granddaughter, hunting, music, golf and fishing.