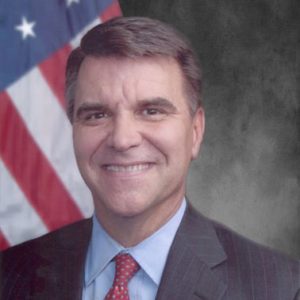 Charles F. (Chuck) Conner became president & CEO of the National Council of Farmer Cooperatives (NCFC) on January 22, 2009. As president of NCFC, Conner will oversee the organization’s work to promote and protect the business and public policy interests of America’s farmer-owned cooperatives. He will also provide the strategic vision for the trade association as it continues to seek new ways in which to add value for its membership.

Prior to joining NCFC, Conner had served as the Deputy Secretary at the U.S. Department of Agriculture since mid-2005. In this capacity, he was the Chief Operating Officer (COO) overseeing day-to-day operations of the department. Conner interacted directly with President George W. Bush and his senior staff to formulate domestic and international food, trade, security and energy policy. He led development of the Bush Administration’s $300 billion Farm Bill proposal and the strategy to educate and inform industry, constituents and Congress.

From August 2007 to January 2008, Conner served as both USDA Secretary and Deputy Secretary.  He played a key role in developing the Administration’s immigration policy including important changes to the H2A program.

Conner’s experience also includes the assignment of Special Assistant to the President, Executive Office of the President, from October 2001 to May 2005, working on the 2001/2 Farm Bill to develop the strategy behind the transfer of several USDA agency functions to the newly formed Department of Homeland Security.

From May 1997 to October 2001 Conner served as President of the Corn Refiners Association. He also served for 17 years as an advisor to U.S. Senator Richard Lugar of Indiana.

Conner is a graduate of Purdue University, with a Bachelor’s of Science degree and is the recipient of Purdue’s Distinguished Alumni Award.  He and his wife Dru have four children.