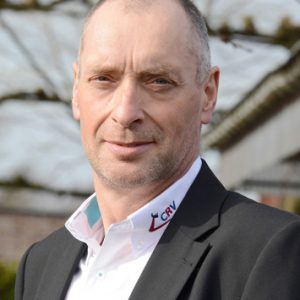 Peter Broeckx is a dairy farmer and the Chairman of CRV Cooperative in the Netherlands. He previously served on CRV’s supervisory board between 2002 and 2007. Broeckx became the chairman of the Flemish Cattle Livestock Association (VRV) in 1998. CRV emerged from the cooperation between VRV and CR Delta. In addition to cattle improvement, Peter Broeckx was active for years in the Boerenbond, the Flemish agricultural interest organization.