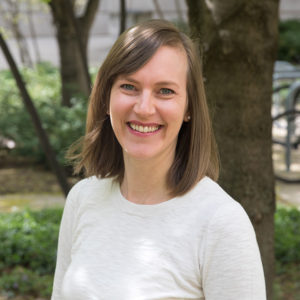 Courtney Berner joined the University of Wisconsin Center for Cooperatives in 2011 and served as a cooperative development specialist until assuming the role of executive director in January 2018. Courtney develops research, outreach, and education programs on cooperatives. In 2021, she launched the Cooperative Governance Research Initiative, the first national, cross-sector, mixed-methods study on the governance practices of U.S. cooperatives. Courtney also teaches a course on cooperatives at the University of Wisconsin-Madison and loves challenging students to think critically about why co-ops emerge, how they differ from other forms of enterprise, and how the model can be used to address current social and economic issues.

Prior to joining the Center, Courtney worked at the Worldwatch Institute, a Washington, D.C.-based research institute devoted to global environmental concerns. Courtney holds an M.S. in agroecology from the University of Wisconsin-Madison and a B.S. from Pacific Lutheran University. Courtney originally hails from Oregon where she grew up riding horses, eating salmon, and picking blueberries. She moved to Madison in 2009 where she lives with her husband, son, and two orange cats. In her free time, Courtney enjoys gardening, cooking, travel, and channeling her Finnish heritage in her backyard sauna.